On June 28, the Dutch Garden in front of the Newport Bay Club Hotel at Disneyland Paris was officially opened; a showcase representing the Dutch floriculture and horticulture. Naturally, we were there to celebrate this special moment! The colorful flower garden is 2.180 square meters and is divided into eleven colorful fields with seventy different species, which are on show until the 30th of September. The garden in Paris is a collaboration of several Dutch and French parties. The so called Founding Fathers are Blooming Breeders, Disneyland Paris, the Dutch Embassy in France, Barendsen and Verver Export. Want to know more? Go to www.dutchgarden.eu. 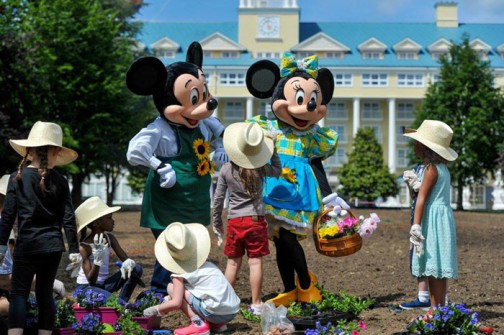